Planck received its award as part of S&T’s Silicon Valley Innovation Program (SVIP) in partnership with U.S. Customs and Border Protection (CBP). Planck’s system capability enables a sUAS to launch from and land on the bed of a moving vehicle, in addition to providing fully autonomous navigation coupled with a securing mechanism, advanced computer vision capabilities, and customized communications interfaces.

Through a combination of integrated technologies, including full-motion video, automatic target detection and geolocation, Planck seeks to provide CBP agents with a portable, ruggedized detection system that provides real-time situational awareness in the field.

“S&T is looking for technologies to enhance the efficacy of CBP patrols while simultaneously increasing the safety of patrolling agents,” said SVIP Managing Director Melissa Oh. “We look forward to the ways Planck will further refine its technology in support of this homeland security mission.”

In this fourth phase of SVIP, Planck will focus on functional usability improvements, such as improving user interfaces and increasing nighttime functionality.

Companies participating in the SVIP are eligible for up to $800,000 of non-dilutive funding over four phases to adapt commercial technologies for homeland security use cases. 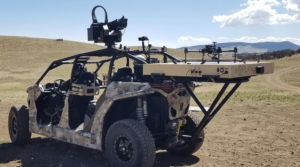 We use cookies to ensure that we give you the best possible experience of our website. If you continue to use this site, we will assume that you agree to it. Find out more.